Like all moms, I was very excited for my baby's first birthday. For me, it was not just a celebration of life but also of her victory over her condition, which made her undergo surgery twice. I thought of a warrior-themed party since she really is one. But I stuck with cheerful and sweet. We can do warriors and super heroes when she's older. :) 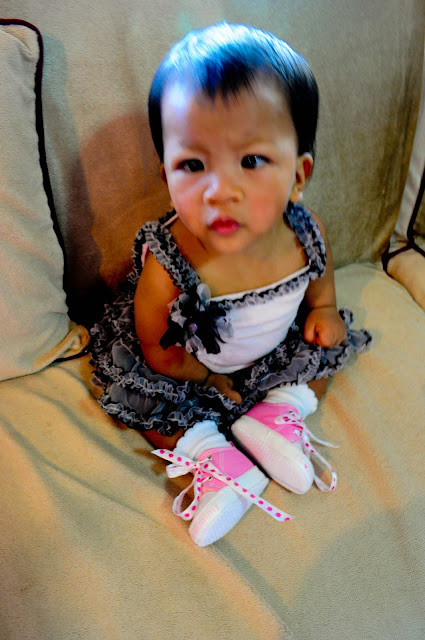 This party was inspired by vintage candy stores and their stripes and dots. 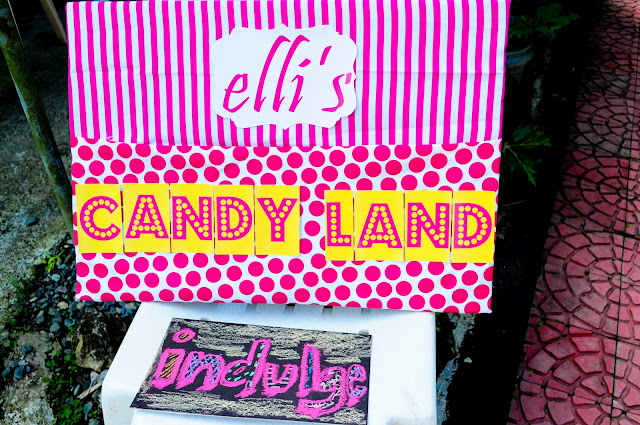 It was hard to choose a color since Elli did not have a preference yet. These fabrics were what I liked most when I went for a hunt (I wish Divisoria was just an hour away), so yellow and pink became the theme colors. 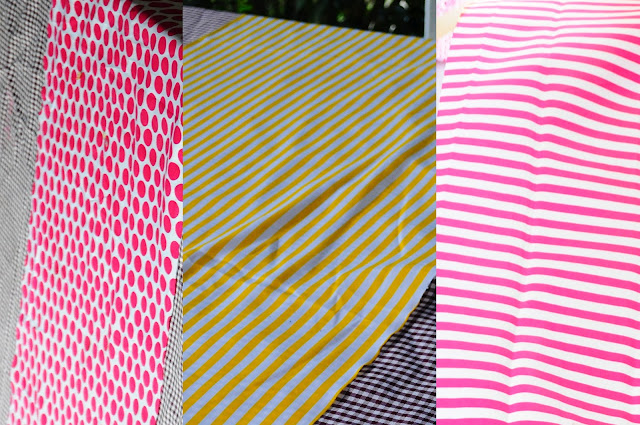 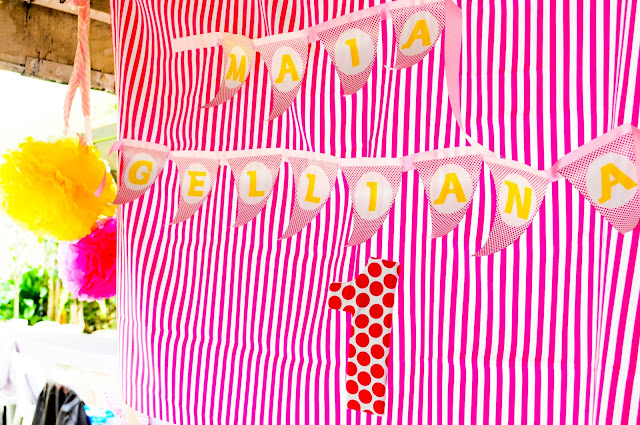 I made paper pom-poms because they look like cotton candies. haha. I used Japanese paper. I don't know if that's the same with what they call tissue paper but it looks the same to me. :) I saw lots of tutorials on this like this one. 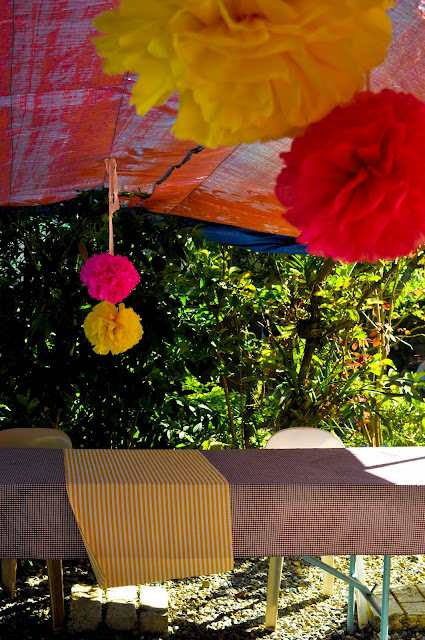 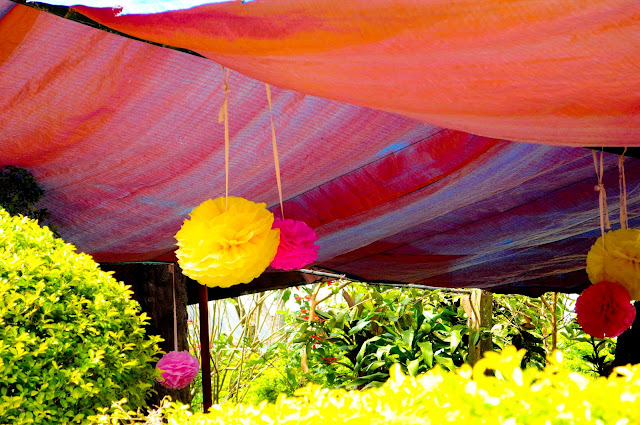 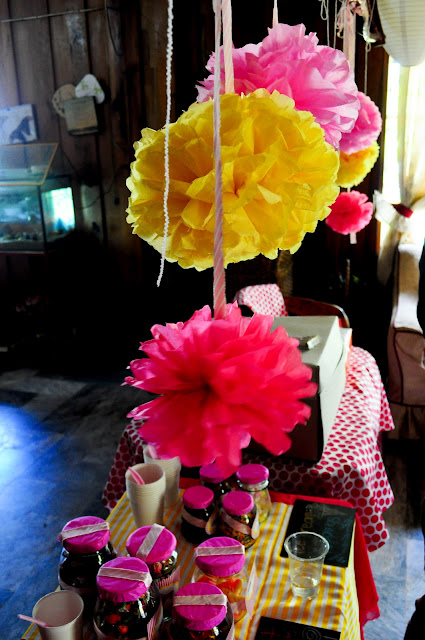 I added some balloons. We can't have a first birthday without them. 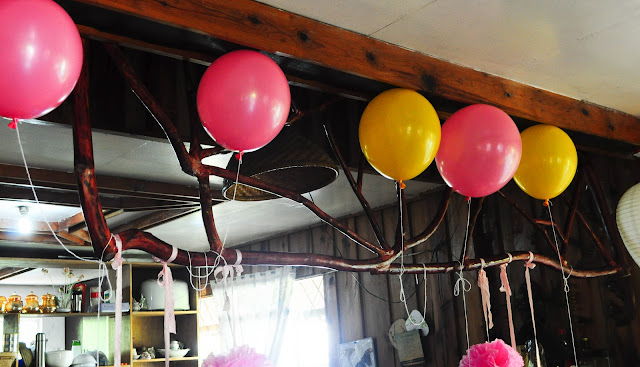 For the sweets, I decorated some (mason) jars with Japanese paper, ribbons and labels I made with Photoshop. 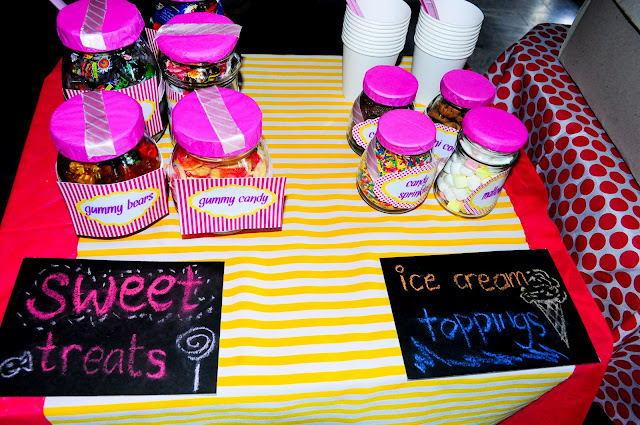 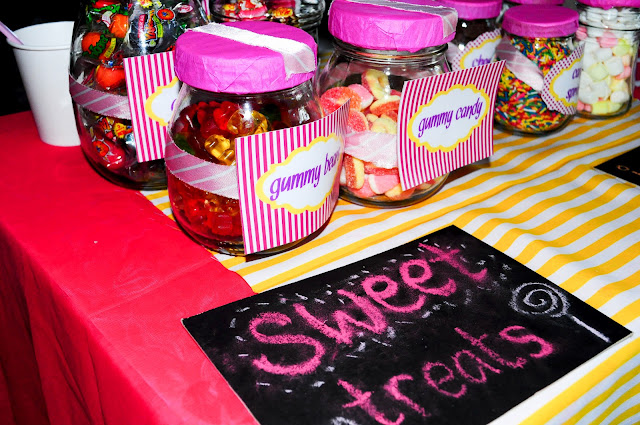 I had the cake made by a bakeshop, which for the second time somewhat failed me. I was hoping to have it baked by Baguio's Cake Art (renamed Cake Artisan) but they had loads of orders for the weekend and they can only finish it by 10 AM on the day itself. I was not sure if we can pick it up so I didn't order from them. For the one we had, I "embellished" it with some candies and an E.L.L.I in dots. 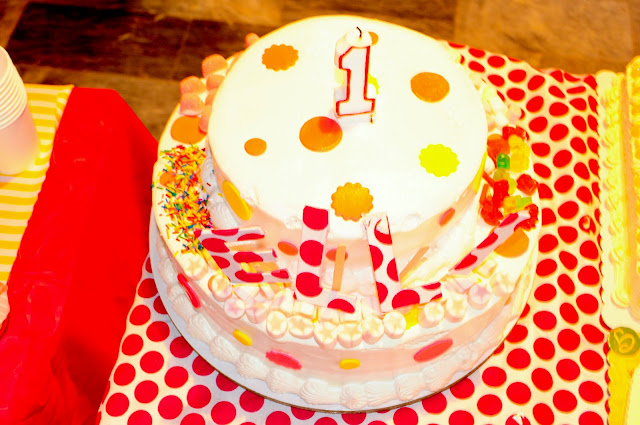 That's my princess' first birthday party. She'll be turning 2 in a couple of months. I had the idea of what to do since the start of the year. I already bought some materials but they remain untouched in my stock room/cabinet. I hope I can get to it soon. Excited to be sharing the 2nd birthday, though. :)