12.28.2011. 'Twas my parents' 25th year wedding anniversary. The temperature up here in Baguio-Benguet go way down during this season and it's both joyful and terrible to be outdoors during the night. But we still opted to hold the reception on our "garden" because well, we don't have an indoor space big enough. Surprisingly, even without a jacket and a bonfire (which we contemplated on putting but eventually didn't because we don't want to smell like barbecue), I didn't feel like I'm in the freezer.

When I planned for the event, I had some ideas for the theme like going 80's retro to relive the decade they became a couple. Or going all white for the pure joy drama. I chose to make most decor silver since it was the silver anniversary. Duh. :) And because it's Christmas season- one decor for two occasions. :D Silver with a touch of black for elegance.

One major thing we considered is to put as plenty lights as possible. We saw these lamps from SLU School of Medicine during the university's lantern parade. May I just comment that these med students are so competitive. They really go full force during the lantern parade. May rehearsals pa and everything. I know. My brother's one of them. Haha. Anyway, my mom and I liked the lamps. However, we didn't know how to make them. I didn't encounter such craft when I was a student. And found only one (not-so-)helpful video on YouTube. My brother was in the band and not in the decor committee so he didn't know how this is made daw. All he knew was it was made of white plastic folder and composed of one interlocking figure. After cutting hundreds of the shape and countless attempts on making them look like a circular lamp, our bunso finally figured it out. There's a pattern. I forgot how. I have to make myself remember and post the instructions here :)

For the table decor, I made this candle holders. Bought cheap drinking glasses, painted dried golden (yellow) bush stems with silver, used double sided tape and clear tape to stick them on the glass and covered up the mess with a silver ribbon. 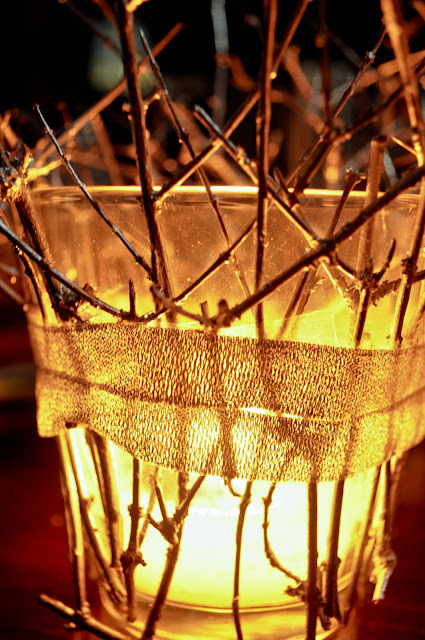 For the table names, I used the significant years of my parents marriage. I saw a picture of this centerpiece while google-ing. The marker itself needs to illuminate, too. I used 5x8" frames and painted them black. I joined the frames to make a triangle. One side has the year on it, one side shows some pictures from that year and the other shows a picture from the "prenup" shoot. The text and pictures were printed on ordinary bond paper. To protect the paper from the burning candle, attach the paper before the glass. 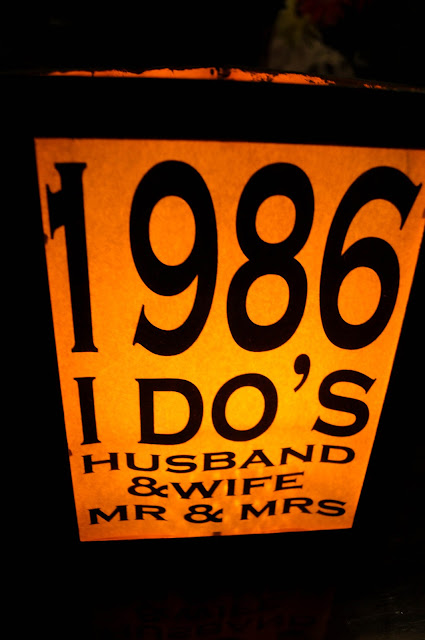 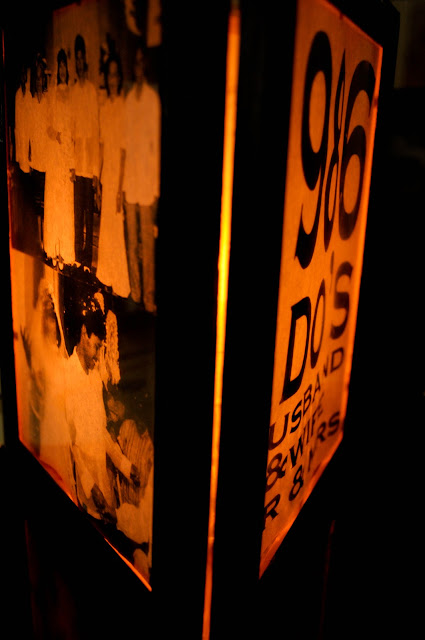 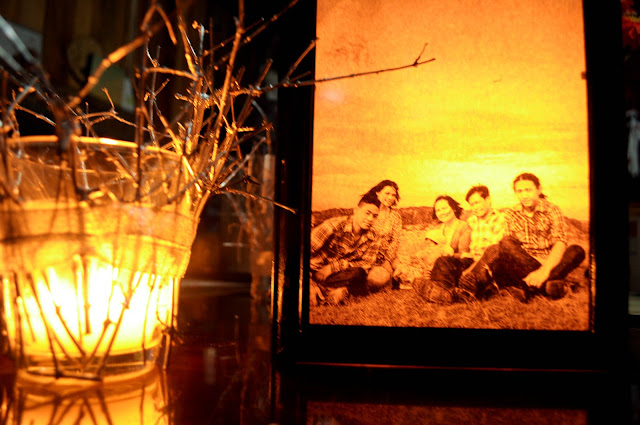 If the candles aren't lit, they look like this. 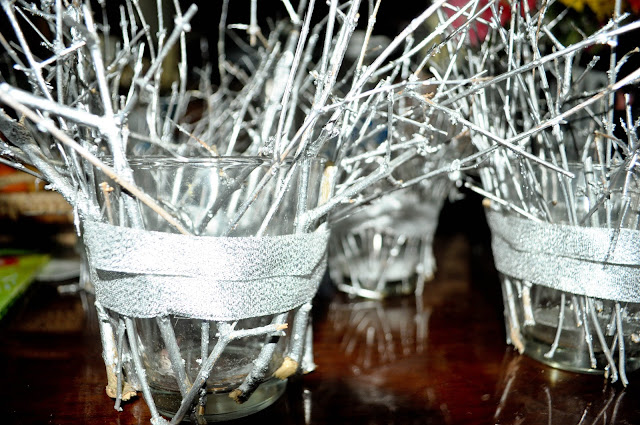 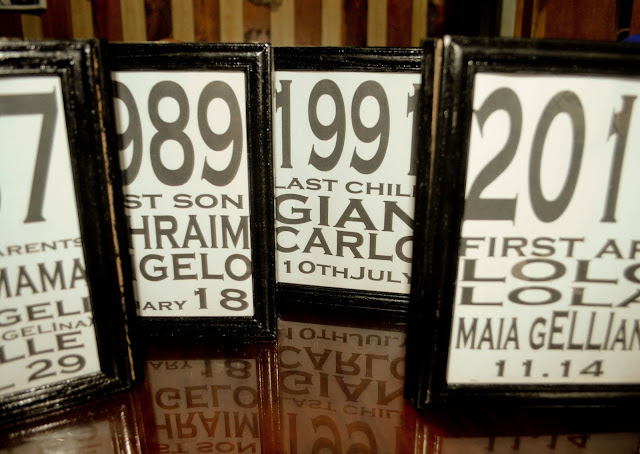 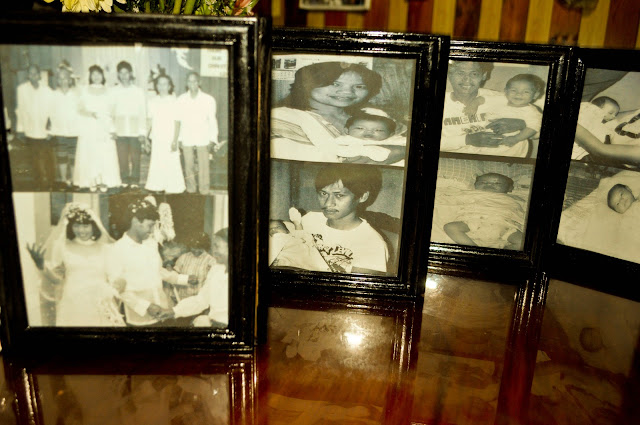 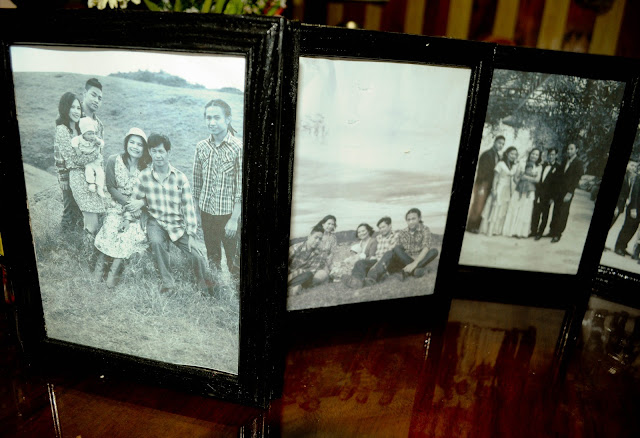 These capiz candle holders lit up the pool.


Here they are with my Mom's bouquet. The flowers were arranged by my cousins, Rose and Charos Dulnuan.


These are the church flowers.


And this is the photobooth they made. (yeeesss... may butterflies! :P)


This is one of the MANY shots my cousins and I had. We even included our Mommy Lola. 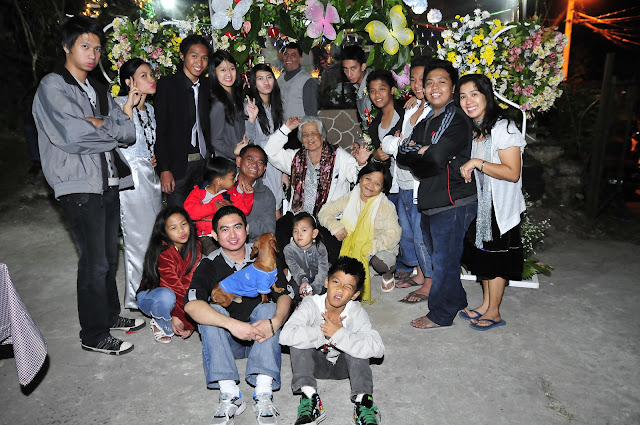 My Titas pimped Elli's walker for her walk down the aisle.


This one, I styled. Painted cheap (Php 10 each) jar silver and placed one stalk of left over flower. I am in love with these flowers. They look expensive but they aren't because they grow easily. These were for the tables.

This is the misalette with the cord- same cord they used on their wedding day. They used the same veil, too, which I also used on my wedding.


For the guest book, I printed out pictures from the family ("prenup") shoot, made a collage and mounted it on a frame. I wasn't able to canvass a glass pen so we used an ink eraser pen. 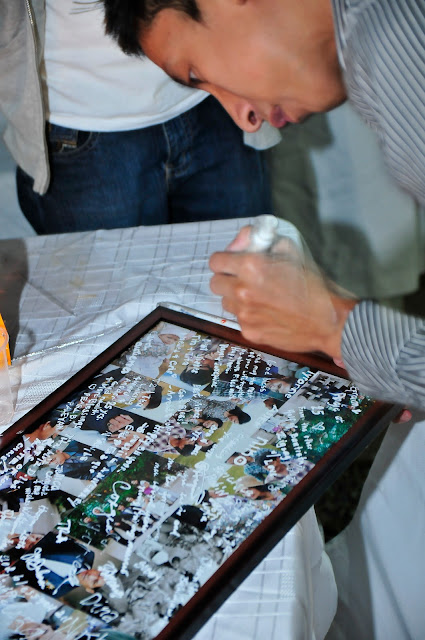 We commissioned the services of a great Baguio photographer, Topper Capuyan Ballola. He brought along 2 photographers with him, including equally talented, Fatilyn Cho-Ebao. Here are more photos from them. 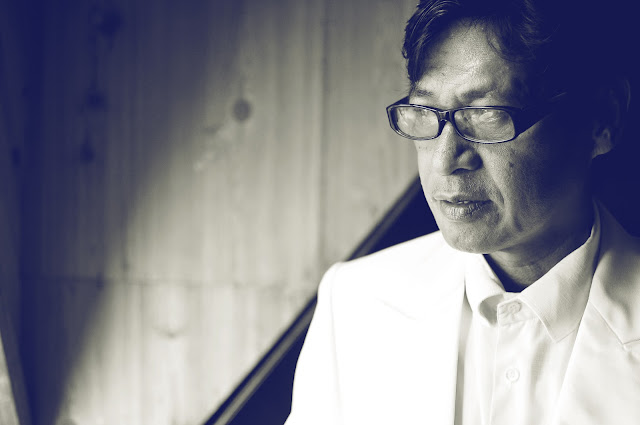 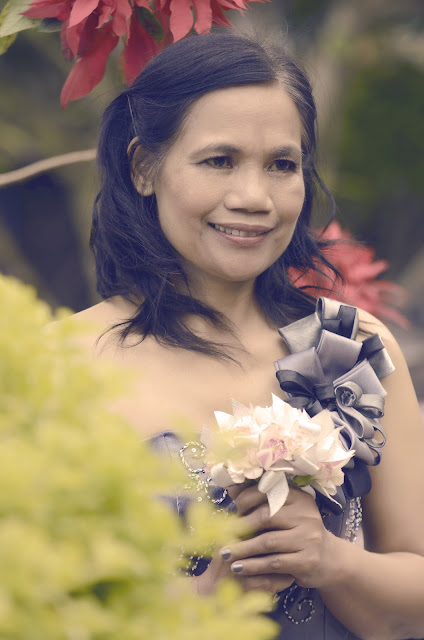 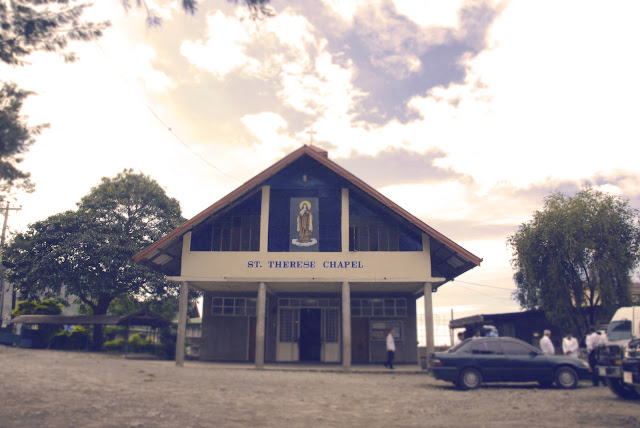 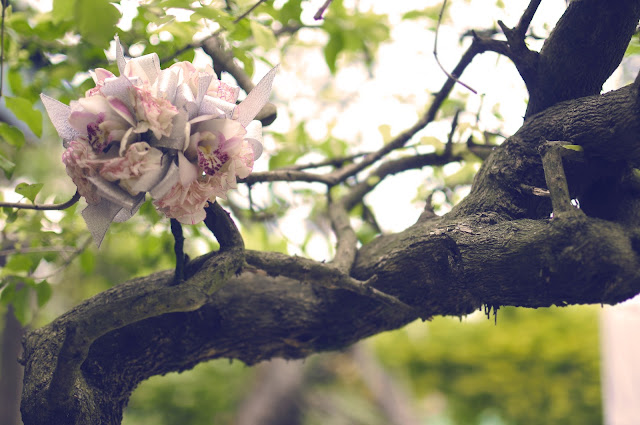 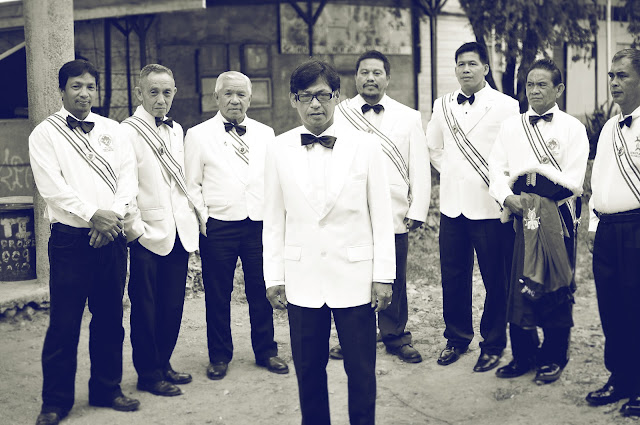 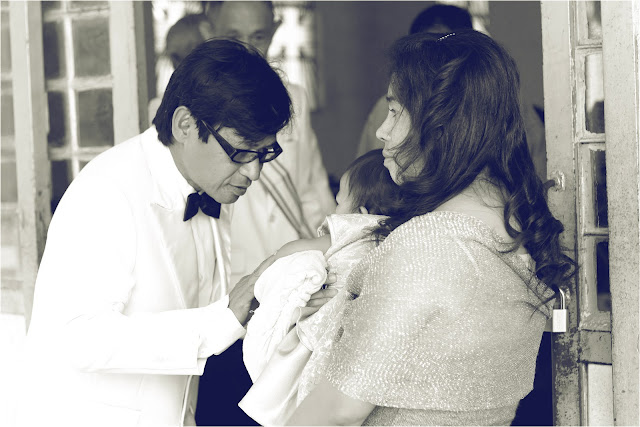 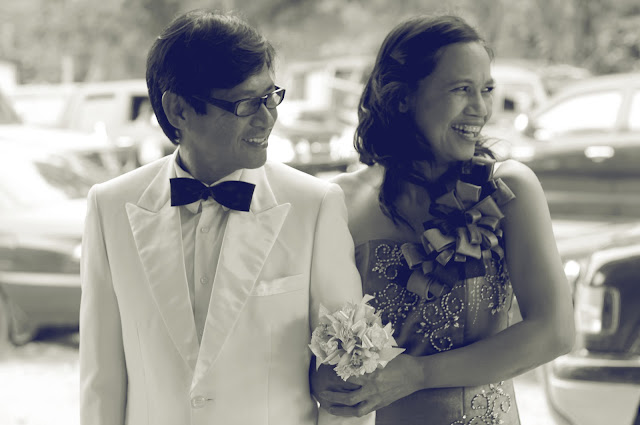 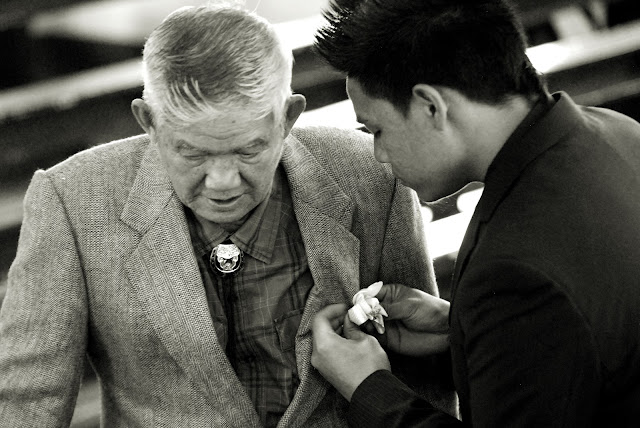 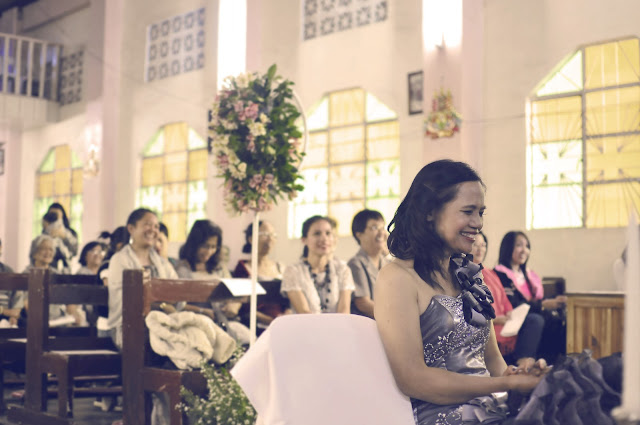 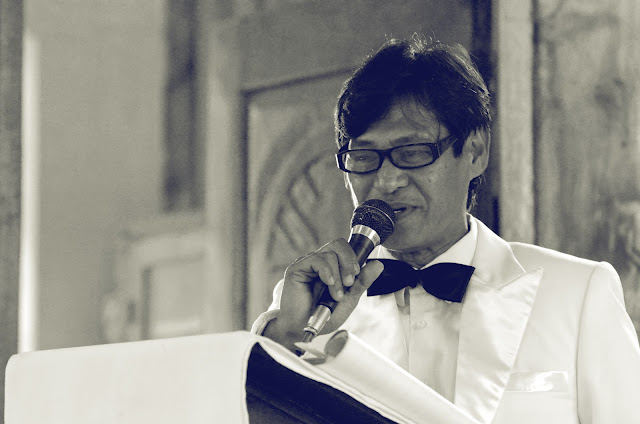 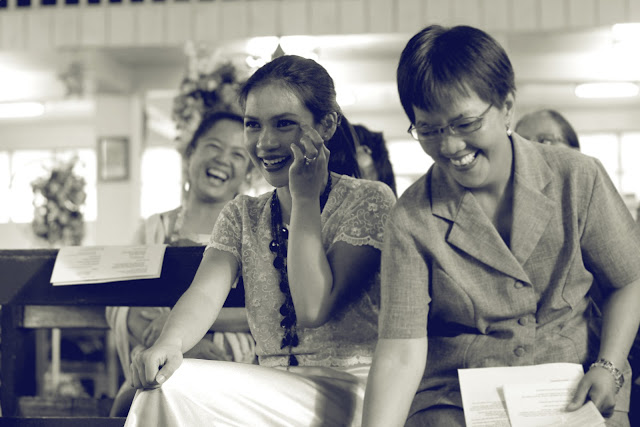 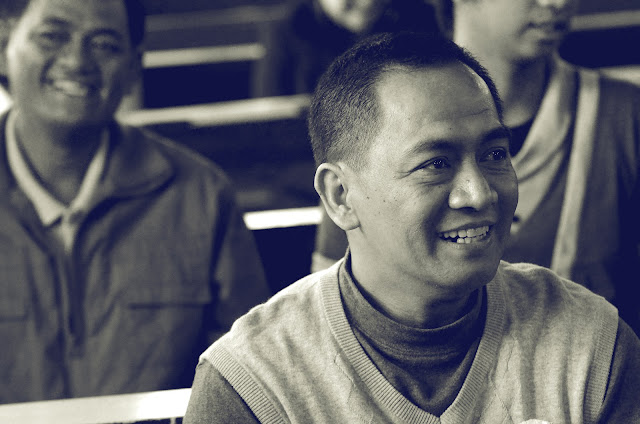 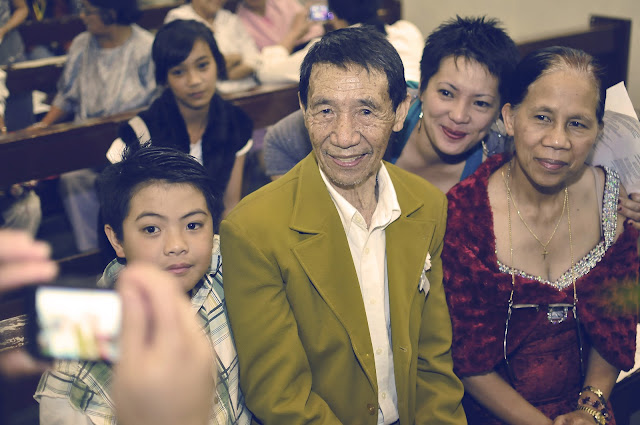 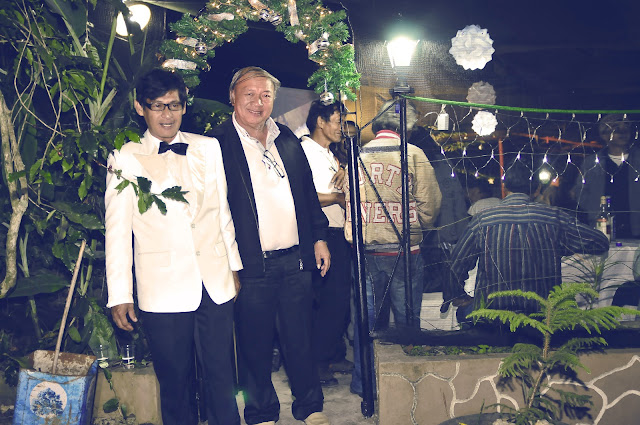 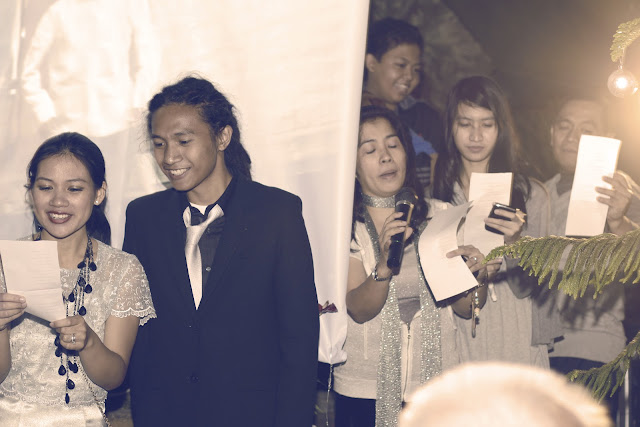 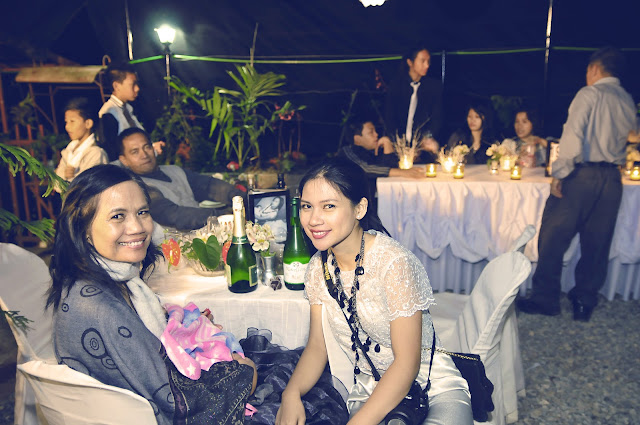 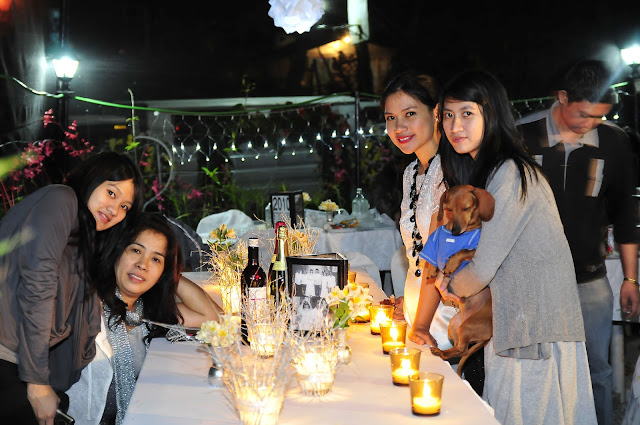